Foreword: written from the point of view of a thirty-something year old Adrenalin junkie who is afraid of everything. Yup, you read that right… I want to do it all, but with some specific physical limitations, fear of permanent injury is a real thing.

“On the other side of your maximum fear, are all of the best things in life.” -Will Smith

Sky Diving is something I have wanted to do for as long as I can remember.  It was first planned with my adrenaline junkie friend, for our 19th birthdays.  Close to that date she tells me “I’ve decided I want to live”.  What?!!?!?!?!? Who said anything about not coming out alive?!?! I sure as hell plan to stick around a little longer, I have WAY too much stupid stuff to do before I check out of this place. ​ I decided I’d wait and find someone else to go with.  Over the years, I found countless people who promised me they would make the jump with me and, I don’t know, I guess they chose to “live” too.

Until the fateful day when out of the blue my phone rang and my old friend Kaley said “hey, wanna jump out of a plane this weekend?”  to which I responded “no, I’m busy” ha! I really was, I was on a road trip heading out of town as we spoke, “how about next weekend?”

Two weeks later I was at Skydive Vancouver, in Abbotsford suited up in my oversized onesie, harness, pointy goggles, and head condom they call a hat (…I think?), laying ass up on a stool demonstrating for instructors that I knew my “positions”. Showing my maturity, I giggled through the whole thing and may have thrown in an inappropriate comment or two.

After a few words on camera (I opted for the photo and video package), we headed over to the waiting area for our little plane, the Quest Kodiak, to come pick us up. While we waited, our instructors did some final checks on their own and each other’s gear and gave some final words of wisdom to those that were attempting their first solo jumps (brave souls!). It was then that I felt my first twinges of nervousness, (holy crap, what am I doing?!?) Oddly, it wasn’t the jump that I was nervous about… it was the plane itself!

Now, this is something people make fun of me for all the time! It’s true, I have more concern with the take off and assent of an aircraft than I do with jumping out of one. Make fun of me now if you like, I will get back to this point in a minute or two…

As soon as we were all in, doors closed and we started rolling, it felt like I couldn’t breath… I really regretted not having that last sip of water, my mouth felt like a desert! Slowly the plane rose higher in the sky and the view became more and more spectacular, I focused on that… and my tandem partner fastening his harness to mine. As we gained height and I focused on breathing, I felt myself get more and more snug and secure against him. For a moment, I thought to myself, hmm, I wonder if my husband would be okay with this? And in that moment, I finally understood the argument of “I don’t want a dude strapped to my back”. Though, to me, the closeness eased my nerves a little like a harness on a roller coaster, he was my personal security blanky, I would have been just as happy had my guide been a woman (why not, I like to cuddle ;p )

Once we reached our desired altitude the door opened and people started jumping (10 jumps in total). As I watched my friend and her instructor go I felt a little jittery and a lot excited. Then it was our turn…. We got to the open door, instructor hanging on to plane and me hanging out the door holding on to nothing but my own harness straps and all fear disappeared completely! Crazy I know, maybe it’s not everyone’s reaction when hanging out of a plane at 11 thousand feet, but the view was so breath taking, like a beautiful landscape painting… that was all I was thinking about, period. Then he let go and jumped.

I screamed, it was exhilarating! The best way I can come up with to describe the feeling Is, the initial jump was like that drop feeling you get on a roller-coaster, then the free fall felt more like strong winds blowing at me than falling. In the short amount of time it took us to free fall about three thousand feet I was thinking about how amazing it must be for birds to see the world from this perspective. Every couple seconds my fearless leader would pull on the top of my head for me to look up at my free falling camera man so my video and pictures would show more than the top of my head, and every time I did it felt like 3000psi of wind up my nostrils! Man alive, no wonder these people wear face covering helmets, where was mine?!?! Maybe then I could see and breath all at the same time!

When it was time to deploy our chute, he gave the signal. I knew there would be a bit of a jerk from the sudden speed reduction, so, had I positioned my harness a little better it would have been much different experience, but be it as it was, it felt like within milliseconds, my boobs had left my chest and were now one with my face, and there my poor tender girls stayed until we were on land. The rest of the descent, face-boobs aside, was spectacular…. No more wind blowing at me like a pressure washer… just chilling there in my harness, legs dangling, watching the world from my new unfiltered perspective and secretly wondering, if my shoe fell off now, and hit a cow….? ​

The landing was something I had been slightly concerned about, but as promised, it was incredibly soft. We landed on our bums in the grass and I couldn’t stop smiling!!! I want to go again!

To my surprise (although I shouldn’t have been surprised), my friend who jumped three people ahead of me had yet to touch ground… ah, the benefits of being 100lbs with another 100lbs woman as your partner… takes longer to fall 😉

In the end, I may have taken over 15 years to check this one off the bucket list, but I did it! Looking back at my life then and my life now… I don’t know that I would have enjoyed the real meaning of this accomplishment had I done it all those years ago, not because I was too young, I don’t believe that at all, I actually asked my son to jump with me next time, but because mentally, I was in a different place then. If Skydiving has ever been part of your bucket list and you are medically sound to jump, all I can say is “DO IT!!!!!!!!!!” Once you land, you too may wonder what took so long 😉 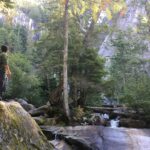 How Do People Feel After Hiking?
September 14, 2022admin 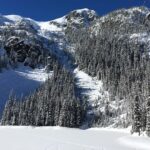 Five Ways Hiking is Good for You
September 1, 2022admin 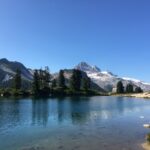 The Best Beginner Hikes in and Around Whistler
August 2, 2022admin